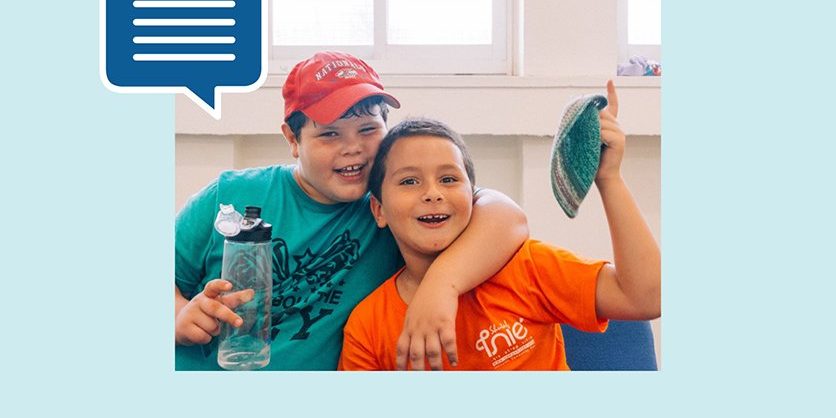 There’s a strange disconnect between inspiring people, doing what everyone says is ‘amazing work,’ and actually succeeding in keeping it going. I guess that’s the nature of founding an NGO,Shutaf Inclusion Programs, something that I did with my colleague and co-founder, Miriam Avraham, in 2007.

Eight years later, we’re proud of our innovative work in the field of inclusive informal education, as well as having grown from a grassroots initiative to a project that offers excellent and professional programs to more than 150 children and young people, with and without disabilities, year-round.

This past Yom Ha’atzmaut, 2015, I was honored to be listed as one of 67 Inspiring Women in Israel by Jewish feminist and author Elana Sztokman. Fantastic, right?

I’m tickled. Miriam and I, along with Shutaf’s dedicated staff, have worked hard. Our Shutaf board was delighted. Of course, we shared the good news via email and social media.

And I’m running out of inspiring and amazing ideas.

August summer camp, one of our banner programs, offers 3-fantastic weeks for 100 participants. That’s real respite for working parents, at a quality, inclusive-educational program based on the values of American Jewish camping.

When the program was young, we were smaller – finding rental spaces was easier. We expanded because of need, especially in August.

School buildings? They paint and renovate in late August. Not one has said yes.

Community centers? They’re either too small, or too disinterested in what we do to respond to our phone calls and emails.

Green spaces? It’s Jerusalem. There are so few workable locations that are appropriate to our mix of children with varied issues, both physical and developmental. And it’s August. We need shady areas as well as rooms indoor that are air-conditioned.

And you can just forget about accessibility.

I’m thinking of holding camp at Safra Square, the wide-open space at the Jerusalem Municipality downtown. It’s spacious, if a bit too sunny in August. There are bathrooms in the nearby buildings but they won’t like the kids running in and out. It’s not enclosed safely, which means our staff will be spending most of their time chasing after the kids who like to –and need to — run. We will certainly make too much noise but maybe that will make the mayor finally pay attention to the population Shutaf serves, with little help from the city.

We’ve called and written to so many local advocates. Times are tough. The government has only just formed a coalition. The municipality doesn’t know how to categorize us. We’re not a youth movement. We mix participants with a variety of diagnoses. We’ve never applied for municipal tenders – who can meet the criteria anyway?

Who is really thinking about the needs of a small and scrappy NGO that just wants to make August a bit easier for a bunch of children with disabilities? Nobody.

Last fall, we delayed opening our afterschool program because we were homeless after a rough war-torn summer where we hosted camp in a facility which while accessible, proved unwelcoming over a 3-week camp session. Shell-shocked, we looked carefully for a new partner. While we ultimately found a place of welcome, we’ve struggled, as we have every year, with being the ‘renter,’ often shunted to the side as needed.

A visiting foundation representative asked me why we haven’t held a capital campaign in order to fund building or renovating something. I asked him if that would be proper financial stewardship of an organization that still only receives less than 3% of its yearly operating funds from government or municipal sources. An organization that while successful, is far from financially sustainable, even though we’ve managed to grow and find the funds, most of the time, to serve our community of children and young people with disabilities.

There’s so much we could be doing as an innovative and exciting NGO, to truly inspire the community to include, to see difference as less fearful and worrisome than it currently does, if I didn’t have to, along with Miriam and our staff, spend endless hours making phone calls, canvassing neighborhoods for potential buildings, knocking on doors, writing emails and generally wringing our hands.

We hope we’ll find an answer.

By Beth Steinberg
Originally posted on the Times of Israel on May 5th, 2015

Jay Ruderman. Give the guy a break would ya?