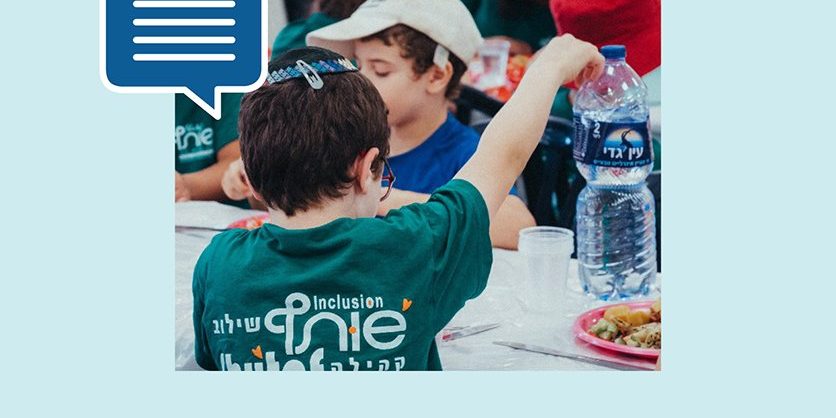 Morris and Martha Herman, ahead of their time.

My dad was ahead of his time. He chose to become a vegetarian in the 1930′s, no doubt influenced by Harav Kook’s philosophy of vegetarianism as an ethical way of life. My dad believed that being mindful of what we eat together with daily exercise was the path to a healthy body, mind and spirit. You might say “duh!” today but he was living according to these principals at a time when everyone around him was eating steaks every night, smoking, drinking and living extremely sedentary lives. He maintained a vegetarian diet even during his service in the US army in WWII – telling us stories of how he dreaded KP (kitchen patrol) during basic training – “The chazer, uch!”.

Thanks to my dad, I’ve been a vegetarian all my life. But I wasn’t always grateful. As a kid growing up in suburban New York, the question kids most frequently asked me was “You’ve never had a hamburger?”. The answer was and still is “No.”. We didn’t even eat peanut butter and jelly sandwiches. My mom’s definition of a sandwich was a two inch pile of lettuce with some cheese. There was nothing to trade in my lunch box. Talk about weird. Being a vegetarian kid in the 60′s and 70′s was weird. I only started meeting other vegetarians as a teen when friends started ‘converting’.

Since there was never a vegetarian option at events, my mom would give us dinner before we went even to the fanciest of weddings, a habit I’ve only recently been able to break. Camp was a real problem since we weren’t just “non-meat-eaters” we were “healthful eaters” and that was in direct opposition to camp fare.

The list of how growing up vegetarian set me apart is long and having passed the “torah” on to my children and grandchildren, the sense of difference gets passed along too I think.

Every year in May I wonder how Yom Ha’atsmaut became the day of burnt offerings. It’s a relatively recent phenomenon since I remember people just enjoying nature, picnicking, going to the beach. My fondest memory of Yom Ha’atsmaut when I first arrived was riding bikes to the beach in near empty streets and having a picnic without the stench of “mangals” burning all around me. I think Israelis see the barbecue as a sign of affluence and I know people love it with a passion. I guess I will always be looking at this minhag (tradition) from the side, with a perplexed look and a nauseous feeling in my stomach.