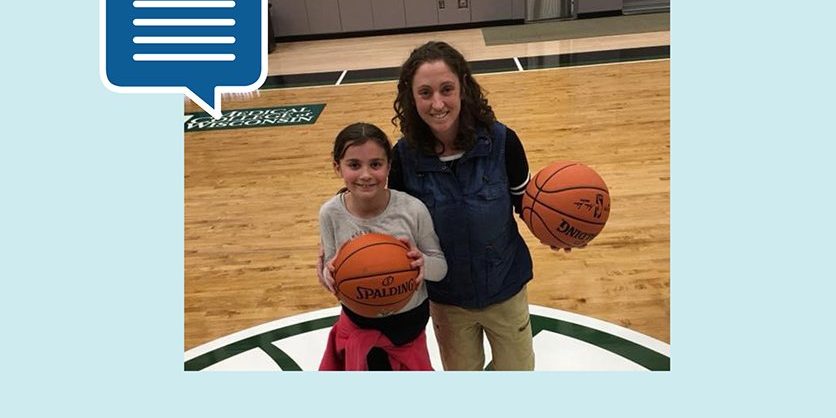 I write this letter through the lens of a true fan. I am a Jewish Educator and Inclusion Advocate by training and passion and watch and analyze episodes of your sitcom over and over like it’s the Torah (don’t tell my Rabbi. Or my mother). I memorize lines and weave them into conversation like the commentary of the great Talmudic scholars (again, don’t tell my Rabbi. And definitely not my mother). Not that there’s anything wrong with that.

Speaking of my mother, she recently sent me an article which shared your first joke from 1975.

“So, I am left-handed. Left-handed people do not like that the word ‘left’ is so often associated with negative things. Left feet. Left-handed compliment. ‘What are we having for dinner?’ ‘Leftovers.’ You go to a party; there is nobody there. ‘Where did everybody go?’ ‘They left!’”

I too am left-handed. And yes, being a southpaw comes with its share of negativity. And challenges. When I go to the grocery store and check out, the cashier angles the receipt to sign for my convenience. What isn’t convenient is contorting my body to write my left-handed signature in the right spot, feeling left in the lurch. What about that uncomfortable feeling of taking notes while resting my left hand on the metal spiral of the spiral notebook in a college lecture hall with said notebook on my lap?  There is no where to rest your left elbow on the pull out right-handed chair desks if you are a lefty. Although once again contorting your body is always an option.  Or when I’m at my kickboxing gym sparring with the trainer and get hit because that trainer forgets to reverse the moves, their gloved hand coming out of left field and leaving a mark. From a right-handed teacher I’ve tried unsuccessfully to learn how to knit righty, play the guitar righty, and play tennis righty. Even taught my daughter to tie her shoes righty because that’s how I learned. Lefties don’t do it right when it comes to learning a new skill with our non-dominant, weaker hand. 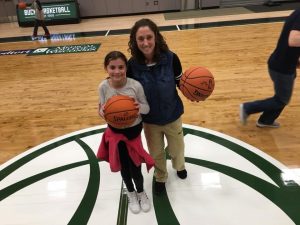 I asked Professor Google, and around ten percent of the world is left-handed. We are members of an exclusive club including Albert Einstein, Larry Bird, Ruth Bader Ginsberg, my mother-in-law, my sister, and my daughter.

It’s about mindset. One’s mental attitude. I hear you when you say “left” is associated with negative things. But if we can focus on what’s positive about being a lefty, yadah yadah yadah, it’s a gift.

It’s a gift that I’m a left-handed Jewish Educator who doesn’t drag her hand through chalk when she backwardly writes the Hebrew alefbet on the chalkboard, not smudging a single letter. It’s a gift that my left-handed, basketball-playing daughter surprises her opponents who are used to guarding a righty. It’s a gift for my introverted sister that she always has a conversation starter at the ready.

Jerry Seinfeld, I want to thank you.  Because you made me pause and pay attention.  You left me thinking about all that makes a child tick, not just the obvious.  You left this Jewish Educator and Inclusion Advocate in a better place than where she started.

This blog is posted by Jennifer Saber.  Jennifer, who lives in Milwaukee, Wisconsin, is Shutaf’s Educational Development Consultant, North America.

Category: Blog Posts
More From This Category
Go to Top