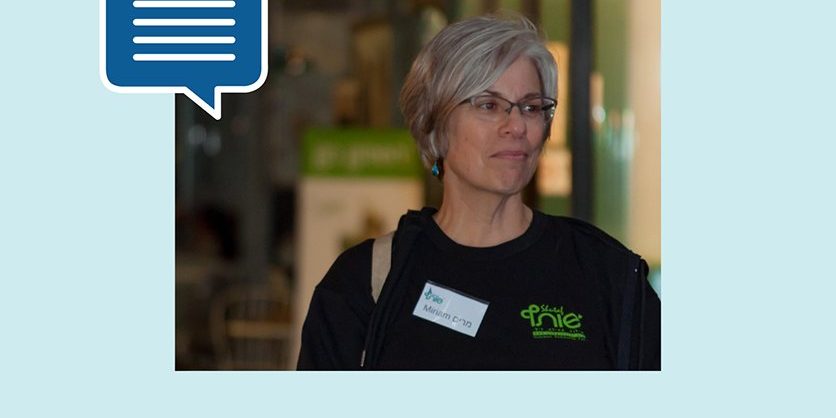 In the Western world we place great store by a person’s intelligence. We have the greatest respect for people who are ‘brilliant’. We can even feel more comfortable with someone with a disability if they have normal intelligence. Here in Israel you hear the term ’emotional intelligence’, referring to people who can connect with another person, any person, with surprising ease, way beyond the norm or capable of easily understanding nuances of a complex social situation.

My daughter, Adina, has incredible emotional intelligence, way beyond what you would think someone with cognitive challenges would be capable of. She knows when someone is ‘for’ or ‘against’ her – accepting her or being judgmental. She also knows, for example, that an aide in a special education school should be respectful of the students. In recent weeks the aide in her classroom has been making her life in school untenable. She calls Adina ‘annoying’ tells her to go ‘cry elsewhere’ or embarrasses her in front of the class. Is Adina super sensitive? Absolutely. Should this aide be allowed to continue to work with teens with special needs? I think you’d agree with me that if she hasn’t changed her behavior in several months then she should be fired. School administration doesn’t see it that way. They’d much prefer to have Adina adapt, the way the other kids manage with this staffer. In fact they will explain to me how Adina is probably misinterpreting the situations and the aide’s intentions.

But I’ve just told you that Adina has higher than average ’emotional intelligence’. You see Adina knows how inappropriate this aide’s behavior is. She knows she is deserving of respect. For Adina, these issues are black and white – which means that she can’t go to school while the aide is there because that feels unsafe and I think she also knows that the aide’s behavior is simply wrong.

In the past I would have picked up the fight to get the aide dismissed. By this time in my life I know exactly how that’s done. But I’m not choosing that path this time around. I think Adina is saying more than just I can’t stand this aide. I think she’s sick of school, sick of people wanting her to fit into their cubbyholes, sick of them trying to ‘fix’ her. I think she’s ready for more choice in her life. She’s ready for less pressure to conform.

But how do I make that possible for her? I have no idea. I thought she had four more years of a special education framework so I’m not quite up on what’s out there besides school. The little I’ve heard about doesn’t seem so exciting. She needs time to transition into adulthood. She’s not ready for a full time job for example. And meanwhile she’s at home.

Talk about feeling distraught and isolated…

A Pure Heart
Go to Top