Giving, How to teach it in today’s world? Part I 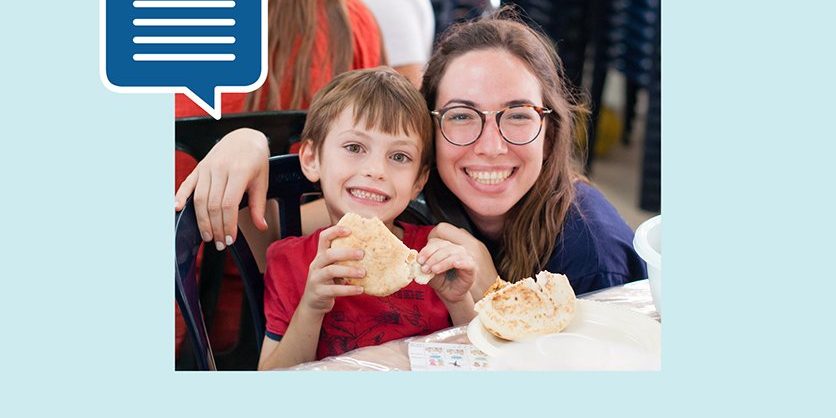 Giving. It’s such a loaded term in today’s world. Give back. Give of yourself. Open up your pocketbook. Care for others. Pay it forward.

We live in a hard-driving, information-technology maelstrom; we’re supposed to live our lives online, maintain our friendships and data in the cloud but still have the skill to make it personal, pay it forward, reach out and touch someone.

If we’re blessed with comfort and means or even greater financial wealth, the impetus to give, to set an example is even stronger, especially if we have children and let’s not forget those tax advantages. No longer can we just make sure they have piano lessons and play a sport, we have to see to their ‘giving education.’

Last year, Shutaf took part in a great program at a pluralistic, Jewish day school in Brooklyn. Five charities were chosen and presented to an enthusiastic and young student body – K-8th grade. Over the course of the following 10-day period the kids focused on the notion of charity, choosing how to give and where to give, following that up with a daily choice of charity. At the end of the initiative, monies were divided with proceeds divided according to which charity received the most votes over all. Everyone received, everyone felt good.

And yet, I wondered at the message of the program which seemed too focused on the immediate and the daily voting for ‘my charity of choice.’ A parent of a then kindergardener that I know commented that her kid tended to vote on the fly, choosing whichever picture or image of one of the 5 charities spoke to him that day. Is that terrible? Maybe not, but was it meaningful and did it have a long lasting lesson to teach – even subliminally.

When I was in 3rd grade, I would bring 3 pennies to school every day. I was religious in my giving – no doubt because it also impressed my teacher, Mr Schiff, a seemingly ancient man – taking my daily allotment from the penny dish in our suburban, Long Island kitchen each morning. The amount had been determined with my parents approval who pointed out that 3 pennies was a generous amount (I liked the idea of a daily nickel) and that if I really remembered to give my 3 pennies every day, that those pennies would add up to the tidy, truly princely sum to my 8-year old mind of of $54.

And so, I gave. Daily and with pleasure. Without any thought to where the money would eventually end up. I never even thought about it. I was only eight after all. I even recall that at one point during the year, there was some sort of giving competition to encourage more givers but I stuck to my 3 pennies, pleased with my ritual, knowing that my giving would add up, refusing to be swayed by those who showed up with more impressive currencies, my parents reminding me of my goal whenever I expressed doubt – again, only about whether or not the amount seemed generous enough, never about what would happen with my gathered funds at the end of the school year.

As a parent, the amounts increased but when our children were smaller, they received an allowance that was divided in threes; $2.00 for charity, $2.00 for spending money and $2.00 for long-term savings. Both boys enjoyed accruing their funds over the course of the year, then choosing where their money went at various points; breast cancer research after a friend’s parent was diagnosed, the local synagogue fund during a capital campaign, to a friend who was recovering from a car accident. The pleasure in giving was a simple one; the message was straightforward and there was no sense of competition at all. It really wasn’t the point. We focused on the habit and ritual of giving and less on the amount and even less on the choice of charity.

Suddenly the stakes seem higher, perhaps because of social media and the ability to spread the word and show the love in a more global way. But, what gets lost in the message?

Tell me how you give and in what ways does it answer your needs.
Part II – Does competitive giving teach us how to give?

By Beth Steinberg, Shutaf Co-Founder
May 2011

Naomi Berger and Jay Brodsky talk about their commitment to Shutaf

Inclusive Thinking will make the world a better place. I promise.
Go to Top