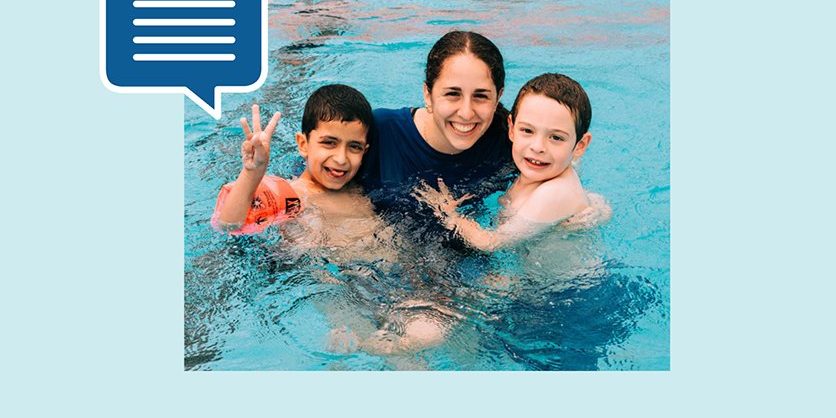 February is Jewish Disabilities Awareness Month, a time when Jews around the world come together publicly to raise awareness and support for people with disabilities and their families. In Israel as well as worldwide, families and children are isolated and marginalized by disability; in their synagogues, schools, neighborhoods and workplaces. Fear, inadequate education, as well as a lack of meaningful opportunities for integration, prevent understanding and connection between people, an effort which must begin in childhood.

For Israeli families coping with disability, February is an anxious month as the lengthy Passover vacation looms only a few weeks away. Parents are faced with an impossible situation — close to three weeks of school vacation, with limited or no programs available for kids with special needs who can’t be left alone at home to cope like their typically developing peers.

And it’s not just during Passover vacation that this issue complicates the lives of families. Children and teens with special needs are in need of quality informal education programs year-round, especially during longer school vacations.

Who gets needed services in this country? Children with more significant disabilities benefit from longer school days and shorter school vacations but there’s a whole population of children and teens with special needs, many of whom are educated in special education frameworks, who are considered less needy by the Ministry of Education and the Ministry of Welfare. This population often lacks traditional developmental labels to describe their needs — they receive fewer services and their school schedules are much like those of typically developing children. After school and camp programs meant for typical kids don’t work for this group, which requires a more structured environment and individualized attention.

The issue is further complicated by government funding resources that are determined per child and per disability, an approach that often precludes inclusion of any kind. It’s simply easier to keep kids segregated according to their disabilities — in school and in after-school programs. With this model in place, after school often consists of a class of kids who are bussed to a local community center, or provided with activities in the building where they spent most of their day, an approach that limits all children socially and developmentally.

The government’s approach to this population in need is short sighted and ultimately flawed. A planned and proper investment of time and resources, along with a thoughtful informal education response for these kids and teens would help ensure their future success as capable adults in the greater society.

It is time that the Israeli educational system recognize the need and value for quality, informal education programs, a goal that will serve everyone — children with special needs along with their typically developing peers. The vast majority of existing informal education programs in Israel for children are unprofessional, often staffed by teens with limited training and mentorship, with a high camper-to-staff ratio. As for programs for children with special needs, the educational approach is far from therapeutic; in fact, it’s not much more than babysitting. Sadly, a huge educational opportunity is being missed.

This is not just Israel’s problem. Today, every country worldwide is challenged by the question of how to best meet the needs of people with disabilities. It’s time that the government and the greater community remember to include those members with special needs, as well as to provide quality services that promote mutual respect and understanding between all people.

The Jewish approach to disabilities has always been compassionate, although not always enlightened, held back by the push for success especially in modern times. As Passover approaches, let’s recall that the Jewish people’s most important leader, Moses, had a speech impediment, a special need that he felt cowed by when accepting the yoke of leadership.

Diversity is the key to a healthy, strong and just society. Let’s all join together and make it happen today.