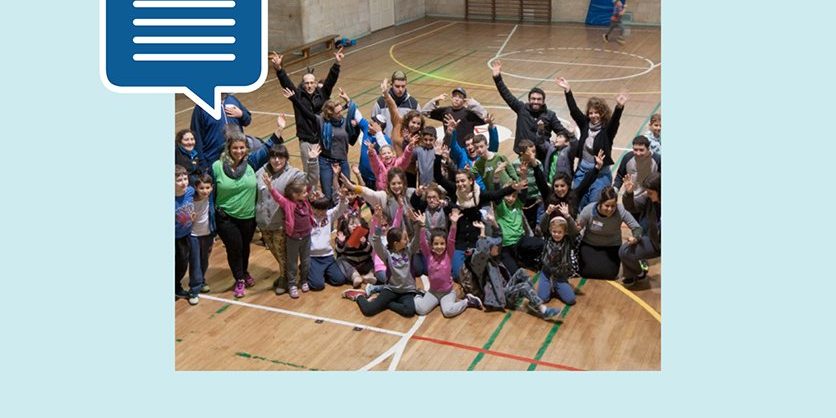 During TRY we have had the great opportunity to be partners with an organization called Shutaf. What is Shutaf? I could say that Shutaf is a youth movement like USY or BBYO or Noam but Shutaf is much more than that. Shutaf is a place where kids my age with special needs can go and hang out with friends and live a “normal” life! When we had our first Shutaf meeting, I thought to myself about how I did not want to help or do anything the speaker said that she wanted us to raise 5,000$ and I thought that she was crazy! I stopped paying attention, and out of nowhere I hear “Wake up Yosh!” It was the speaker talking to me! She knew my name! She was my 5th grade teacher! After the orientation, I spoke to her because I felt bad about snoozing off and because I haven’t talked to her in so long! She was my favorite 5th grade teacher! Morah Liz! I had no idea that I would ever see her ever again. Not is she only my 5th grade teacher, she might be the coolest person I have ever met!

Here’s a bit more about what Shutaf does. Shutaf is a non-profit organization providing after-school and summer camp inclusion programs for children and teens with special needs. Shutaf is the only organization of its kind in Jerusalem that integrates children with special needs along with their peers who don’t have special needs (they do it with a reverse inclusion model, it’s really different). Shutaf brings children together in a supportive, inclusive, and pluralistic community, and is committed to ensuring that its programs are available to all of Jerusalem’s families regardless of family income, providing generous scholarships to all those in need.

Last Thursday I had an opportunity to meet the kids; we got into a big circle and ate dinner together and played games. I went out of my comfort zone and tried talking to the kids. It was difficult because of the language barrier, but then I realized that my Hebrew wasn’t as bad as I thought it was! I began talking to them in Hebrew and I understood most of the things they said to me! I asked them what they liked to do, and they liked things that I enjoy like listening to music! Some of them actually listen to the music that I like! By the end of the night, I felt totally connected to the Shutaf kids and I cared! Now I have decided that I will help raise those 5,000$ and that there are no causes better than Shutaf! A person with special needs should not be turned down to go to camp because of financial issues.

By Yoshua Goodman, a participant on Tichon Ramah Yerushalayim, a High School program for North American teenagers run by the Ramah Camping Movement.

Category: What our Community is Saying
Tags: FundraisingTichon Ramah YerushalayimTRY
More From This Category
Go to Top