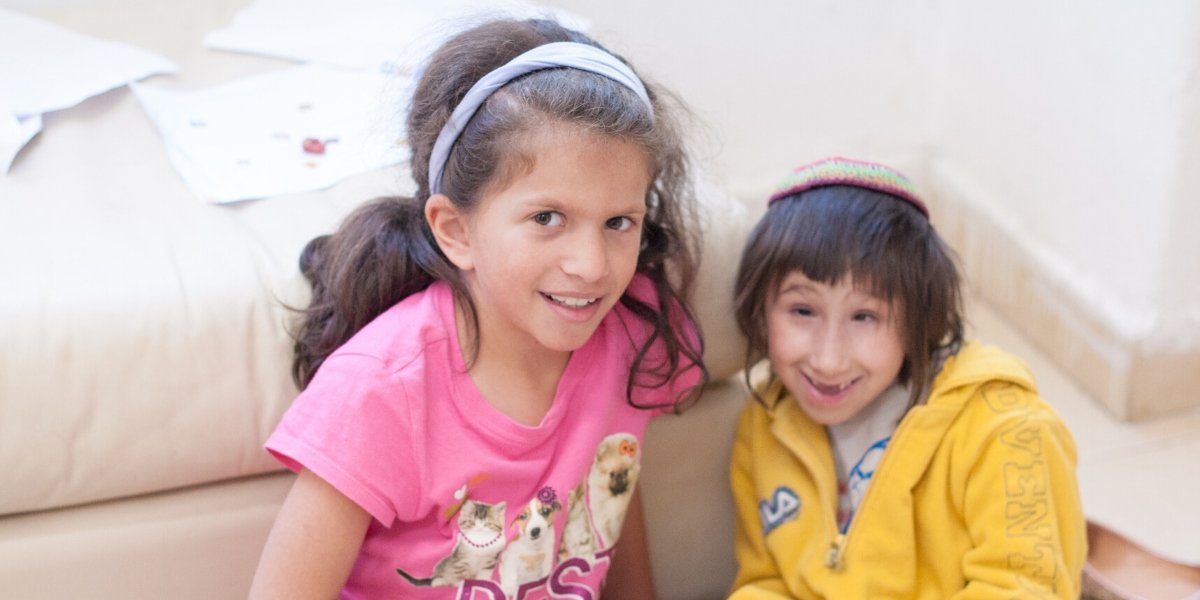 Philanthropists get an education in special-needs camping along twisting Pocono roads.
Usually, eating is the fun part and cleanup is a chore.

That’s not how they do it at Camp Nesher, an Orthodox overnight camp in the Poconos, where on any given day, lunch or dinner will turn the dining hall into a disco.

Last Tuesday found crowds of campers, most of them ages 8 through 15, swirling in circles and stomping on tables. Among them, partying as hard as anybody, was a boy in a wheelchair. Another with Down’s Syndrome. And 17 more with disabilities, one of whom commandeered the microphone and turned the sound system into his own personal karaoke machine, executing a pitch-perfect version of an Israeli pop song.

At Nesher, campers with disabilities live in special bunks with other special-needs campers and are mainstreamed into regular camp activities from arts and crafts to the postprandial conga line. (Check The Jewish Week website Thursday for video in which Bunin explains the workings of a special-needs bunk.)

But Nesher, which partners with disabilities service organization Yachad is one of only a handful of such programs, and it had to turn would-be campers away this summer.

Last week, a group of philanthropists, parents and communal professionals learned about the unmet demand for programs like Nesher’s on an eight-camp, three-day bus tour — the first of its kind — sponsored jointly by the Foundation for Jewish Camp and the Jewish Funders Network.

As the bus made its way up and down twisty Poconos roads, its riders debated the merits of programs that include special-needs campers versus those designed specifically for them, made a grant and started contemplating others. On the trip, the Harry & Jeanette Weinberg Foundation committed to funding Shutaf, an Israeli organization that runs camps and other programs, after a conversation with Jay Ruderman of the Ruderman Family Foundation.

“The trip was so powerful, and it wasn’t just the camps we saw, it was what happened on the bus. We had an icebreaker prepared. We didn’t need it,” said Ruthie Rotenberg, who runs JFN’s peer networks, including one that’s dedicated to assessing the current state of special-needs programs and exploring opportunities for collaboration.

Special-needs camping is a new area for the Foundation for Jewish Camp, and only slightly less new for JFN, which created the disabilities network in January 2011. The FJC is just about to embark on a process of mapping the camping options available to children with disabilities in its universe of 150 camps, said Abby Knopp, its vice president for program and strategy.

The American Camp Association, which serves the larger camp field, has more data, but it’s vague. Executive Director Susie Lupert says that about half of the 400 camps in its biggest division, the one that includes Pennsylvania, offer some programming for children with disabilities, but the definition of disabilities can range from mild attention deficit disorder to diabetes to wheelchair-bound.

This summer, the issue of Jewish campers with disabilities received unprecedented attention after an angry father excoriated the Conservative movement’s Camp Ramah in Canada on his personal blog in late July when the camp asked his blind 15-year-old son to leave early.

That specific incident didn’t receive much attention on the bus tour, which had been planned six months ago, because participants didn’t feel they had all the facts, they said.

But what happened at Ramah is significant, said Jennifer Laszlo Mizrahi, one of the funders on the bus, because it is not the exception in the world of Jewish camps.

“At Ramah they have a wonderful reputation for inclusion,” she said. “And they have proved their devotion to the issue. But this happens all the time.”

Laszlo Mizrahi, who founded The Israel Project, an educational organization, is raising a child with special needs.

At Ramah in Canada, as at Nesher, children with disabilities interact to varying degrees with typical children. This is the “inclusion” model the Weinberg and Ruderman foundations advocate for so passionately.

Ruderman sees inclusion as a civil rights issue: “I think that’s the language that will wake up the Jewish community,” said Jay Ruderman, who went to law school and once worked as a prosecutor. While the Jewish community tends to look at inclusion as “providing services,” Ruderman said, “it’s not about services; it’s not about chesed (or lovingkindness). It’s about people’s rights. Jews were at the forefront of the civil rights movement.”

Inclusion is easier and less expensive than it seems, say Ruderman and Stan Goldman, the Weinberg Foundation program director who was on the camp tour.

Camp directors might say a one-armed child can’t go on the kayak trip, but the Baltimore-based Weinberg Foundation knows about — and will buy — paddles that can make it possible, Goldman said, peering around Nesher’s lawn, where the entire camp gathers on long, lazy Shabbat afternoons. “There are wheelchairs that can be thrown into the water!” he insisted, his voice rising. “The Jewish community is highly segregated when it comes to disability. We are behind, and it hurts me that we are not leaders.”

Most of the camps on the tour offered some level of inclusion, but the funders also took in three camps designed specifically for children with disabilities: Round Lake, Camp HASC and Summit, a nonsectarian, for-profit camp.

“We saw camps that were not inclusive,” said Rotenberg. “There was conversation about the fact that sometimes, for certain kids, inclusion is not the best thing for them.”

Camps like Round Lake employ such staff specialists as occupational and speech therapists. They may offer social skills training or food that’s free of refined sugar and artificial colorings, or the computer facilities favored by many autistic children who are easily over-stimulated.

Ruderman and Weinberg prefer not to fund such camps. That of course is their prerogative, and by insisting so staunchly on inclusion they are moving the field in the right direction, Laszlo Mizrahi said.

One of the largest private Jewish foundations in the country, Weinberg gives away more than $80 million a year, although disabilities is just one of its program areas. Ruderman awarded about $2.1 million, according to its most recent filing, and is also the sponsor of the field’s biggest gathering, the Advance Conference. Two have been held; the third is scheduled for the late winter or spring.

Because these leaders have such clear stances on inclusion, Camp HASC and its ilk need other funders.

“There was very little money on that bus outside of Weinberg,” Laszlo Mizrahi said, noting that most of the major Jewish philanthropies concerned with Jewish education and outreach have yet to focus in a big way on special-needs issues.

Other than Weinberg, “We’re not the big boys of the foundation world, and what has to happen is to involve those big boys,” Laszlo Mizrahi added.

Inclusive Thinking will make the world a better place. I promise.
March 8, 2020

Jay Ruderman. Give the guy a break would ya?