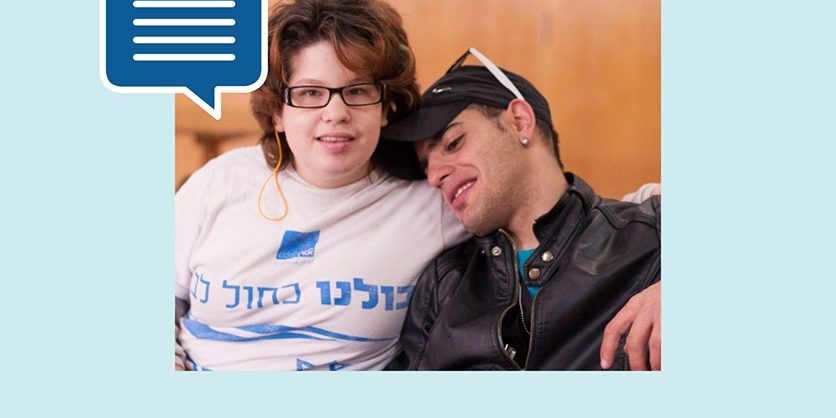 Beverly Damelin writes about her experiences working with Shutaf young adults, ages 15-21, part of our Teen Young Leadership Program. Damelin is trained in Public Health, Sex Education and Group Facilitation, and works in Israel and abroad, with adolescents and adults, specializing in making sex education accessible to all. For more information about Bev: http://www.miniut-bria.com

I have always been a sex educator. Since 6th grade when our school committee organized a series of sex education classes held in small, unisex groups after school and taught by an outside trainer. In conservative South Africa, here was a group of 12-year old girls giggling and gathering intel on everything we could think to ask. After that, backed up by my father’s medical explanations and a few birds and the bees books which suspiciously showed up, I became the go-to girl for my friends’ secret questions.

I arrived in Israel as an 18-year old and after the army went on to study psychology (I had to get to know Freud better) and English Literature, where my final paper compared a Meredith poem to the female orgasm. During my Public Health degree I started working in AIDS education and doing Rape Crisis Counselling. All that remained to be done was my Sex Education Diploma and it was now official.

Around this time, the start of the new millennium, I wondered if I may yet be made redundant by Sex and the City, which seemed to be tracking my personal and professional conversations. But the more things change, the more they stay the same. There was just so much sexual information out there and yet young and not-so-young people were as confused as ever. Confused and ready to talk about it.

In Israel, sexuality education is not part of the school curriculum. Each and every school has the prerogative to clear school time for invited lectures; there is no budget nor dedicated personal. Apart from learning reproduction in Biology, some of the more fortunate schools will receive a 2-hour sexuality lecture delivered once during the entire high-school period, offered by programs like that of the Lewinsky Clinic with which I work.

The communities of people with cognitive, mental, developmental, physical and sensory disabilities are related to as if sexuality is not part of their being. Special education schools and enrichment programs will typically not seek out sex ed, nor do they tend to agree to initiatives, usually stating concern for their pupils/participants.

Sex education is also about understanding consensual sexuality and non-consensual touch or sex. It allows them to learn to speak up about sexual harassment and abuse, but it is not about equating sex with fear. It is hopefully a doorway, opening up to allow individuals with special needs to experience sexual feelings if they so wish, because their bodies and their minds are capable and worthy of it.

Shutaf’s teen sexual education initiative, which I am currently heading, is a 3-tiered program which offers the ultimate model of working with adolescents with special needs. The program involves training of the staff, meeting with the parents and 4 two-hour sessions with the 15-22 year old Shutaf participants, together with their staff. There will be future follow up and ongoing support for the organization should any incidents or queries arise.

One of my great teachers taught me that it was good to have butterflies every single time I stood before a new group and that the day those butterflies were no longer there, was the day I should stop doing this work.

When I sat in front of the Shutaf Teen Young Leadership Program for our first session, my butterflies were psyched. I had met the parents of the participants, I had prepared the staff, but I had no idea of the response I would be facing until I had put the word “Sex” out there, loud and clear.

As it so happens, the initial reception of me and my subject was less than smooth. While the Teen Young Leadership Program group is widely diverse in age, maturity and character, a prominent feature of the group is their capacity to share their feelings honestly and directly. Their feelings were overwhelmingly that this subject was embarrassing and awkward for them to hear in a large, coed group.

I was thrilled with this response. After my instinctive reaction of concern, I realized that this might well be the fundamental experience of every group I ever run, adolescents or adults, with special needs or not. Because talking out loud about sex inspires self-consciousness, confusion and at some point, discomfort, for practically everybody. The Teen Young Leadership Program participants, though, were putting those feelings out in the middle of the room. From there we could recognize them, own them and deconstruct them, so that they could get on with the job of learning about themselves and their society. When I showed up for the second meeting I wasn’t entirely convinced that the room would be as full as it had been previously, but it was not only full, it was buzzing. This was the excited energy that lasted till the end of the series. Mine as well as theirs.

During our four meetings, we covered genital anatomy, sexual development, fertility, contraception, sexual vocabulary, personal boundaries, wanted and unwanted behaviors and dating etiquette. There was genuine enthusiasm to participate in role playing and to discuss it or even direct their friends’ acting. Given the opportunity to ask questions anonymously, I was provided a good deal of direction as to where their needs and interests lay. In truth, there questions were typical of all teens, lots of hows and whats. One notable difference was perhaps a lack of demand for comparison to their peers (how often do…, how soon should I…, is it normal that…)

The Teen Young Leadership Program managed to handle much of the discussion as a united group, which fosters an understanding of the wide diversity of interests, capabilities and experience. But certain discussions and exercises were handled in male/female groups or small circles to increase comfort and participation. This was capable only due to the exceptional group of staff members, whose familiarity with the participants and capacity to handle the material produced constructive input during the meetings, and helpful feedback after the sessions.

We all seemed to enjoy an illuminating experience. We succeeded in covering a range of subjects, keeping them concise, in line with the general comfort level and capacity for assimilating the information. I look forward to making this into an annual series, in keeping with the ideal of continuous sex education. Hopefully this model can serve to exemplify what is possible to implement and achieve when an organization is profoundly connected to the needs of its members. 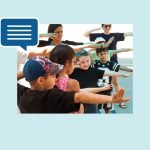 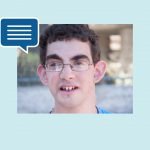 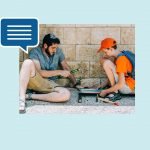 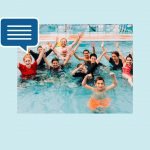