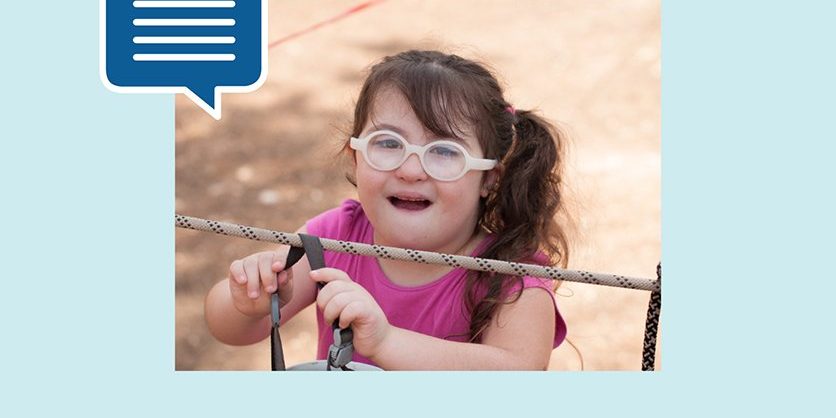 The playground. Seems innocuous, the perfect meeting place for kids and parents. Just like you remembered it when you were a kid, right? Not so right, is what I always remind myself especially today after a particular memorable trip to a local and lovely playground in Jerusalem, in Park Gilo.

Set at a high point in Gilo, with shady trees and an impressive choice of activities, we tumbled out of the car with excitement – Akiva, age 13.5 with Down syndrome and PDD, and his 2.5 year old twin cousins, Ziv and Lev and their father, Daniel. The little boys ran ahead, throwing rocks and chatting as they ran towards the slide, swing and fun things that awaited. Akiva came more hesitantly – he doesn’t know this playground and therefore it was unfamiliar to him, almost scary in its newness.

As we walked, I saw a problem in the distance – a basketball court. Akiva is surely a closet LeBron, a would-be Michael Jordan, with the way he reacts to basketball. With the laughter of the little boys fading in the distance as they raced ahead of him, Akiva stopped cold in front of the fence, watching as two boys, maybe 10 or so, shot some hoops with their father. His desire to join the game was palpable but he wouldn’t budge from his place – not even to go inside the court area and sit on stone ledge and watch the action. I say watch the ball play as it would be hard for him to join in even if they would, in theory, be nice enough to invite him.

Akiva doesn’t really have any ball playing skills and worse, despite his size, he doesn’t really possess any playground smarts or know how. He’s an island in the midst of play swirling around him, focusing on what he knows and wishes to do – sort of – at any given time. We stood next to each other – I did walk away for a few minutes, feeling frustrated at my inability to shift him past the oh-so-tantalizing scene – Akiva rocking a bit, putting up a hand as if he wanted to touch the ball, easily 20 feet away from him, separated by a chain fence and a world of difference.

Then, I noticed something amazing. A swing for a kid with special needs. A big kids swing, not a baby swing. Chair like and maybe even Akiva’s size. Akiva used to love to swing until he grew out of the baby swing, probably around the same time we could no longer hoist him in and out, forcing his legs through the holes. There was a reclining swing at Carroll Park, back in Brooklyn and it was a popular ride, comfortable in its position – see, it’s not so bad to have special needs, I would think to myself, watching the line of kids waiting their turn wondering if I should just walk up and say, ‘hey, this swing is for kids like Akiva.’ No matter, Akiva preferred the baby swing as it was, get the theme? familiar.

Slowly, I convinced Akiva to leave the basketball court and make his way over to one of the play areas, which his cousins were about to leave, enticed as they were by the curvy slide and other attractions in the nearby ‘big kids’ part. Akiva went on the merry-g0-round for a bit and then began to speak of wanting to sit on a bench – translation, ‘I’ve had enough of this strange place and I need something familiar.’ I began coaxing him over to the swing, wanting him to see that this was potentially a fun activity and not scary. He balked. Sat down. I encouraged, tried a ‘1, 2, 3.’ Nothing happened. He pointed in a vague direction towards the bench. I tried again. No success.

I lost my cool. Manhandled him as I tried to get him to stand and just look at the bloody swing, sitting there so attractively. He was impervious. And then I noticed something as I attempted to show him that one could just sit down in the swing. The swing had a chain across it – a safety chain of a sort, I supposed, fine if you’re a typical kid who’ll climb in and stick your legs under it, but not fine if you’re a child with special needs who’s not so able and adept. What if you’re a kid in a wheelchair who’s parent is struggling in the first place to lift your flailing arms and spastic legs, wanting to give you a chance at that fantastic gift of air and freedom, space and flight, that comes with a great turn on the swings? Nothing. Nothing is what happens. The chain had no safety latch. The swing, for all of its allure – at least to me – turned out to be cheap and tawdry, disappointing and worse really. More to me than Akiva. I guess he knew that swinging is no longer for the likes of him.

I apologized to Akiva, who was giving me the sad face – he has the saddest face one could ever have – and gathering up our stuff and attempting to regain my cool, we walked over to the other area, sat on a nearby picnic table and watched the kids jump, run, climb and play on the structures. We shared a snack with the twins and their dad, and then walked back to the car after a time. On the way to the car, I noticed a ‘landsman’ with his daughter, an adorable 4-year old girl with Down syndrome. I stopped to speak with her father, who wanted to know how old Akiva is – this, while Akiva pumped his hand and wished this very religious looking guy a Shabbat Shalom – and does he speak Hebrew. I could barely speak in a civil way but gave him my card and told him he should look into Shutaf when his daughter is older. He thanked me and we each wished each other Hag Sameach.

I wondered if his daughter likes the playground as I watched him slide her into the swing, placing her smaller body in with ease and how he’ll feel about the playground experience as she gets older.

I’ve hated the playground for years. The happy kids. The chatting mothers. The sense of a community that I can no longer be a part of, especially as Akiva’s body changes from boy to man – he’s not that big but still – even when his emotional and developmental needs are that of a younger child. But forgetting my own personal angst, why can’t playground spaces really be more thoughtfully designed for all kids – typical and special needs – so that parents don’t have to have their very delicate hopes dashed, over and over again.

Inclusion starts at home – at our tables, in our playgrounds, in our hearts and minds. Don’t just say it, do it.

What Has Disability Done for You?

“Shutaf is a family.” Guest blog by Jenny Kaufman
Go to Top