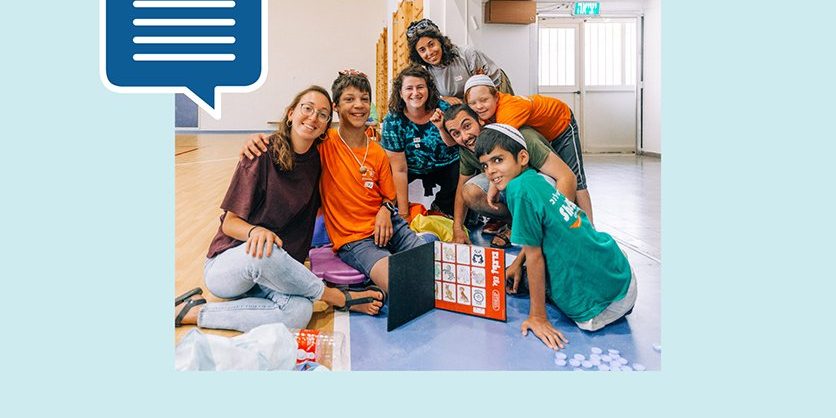 When I first came to Israel in 1980, it was understood that Israel was at least 20 years behind America in dress, consumerism, advertising, you name it. Movies arrived on Israeli screens a year or two later. For me it was a huge attraction. Israel’s “backwardness” was just what I came for – Zionism, Socialism, Jewish Nationalism – I was 17 and I loved those isms.

Well, I don’t need to tell you that Israel has caught up and in fact leads the world in so many areas. I’m proud of what Israel has accomplished even though I’m oh, so sorry those malls followed me here.

There is one area though where Israel remains painfully behind. And that is government policy regarding people with special needs. I’ve been gathering information as I knock on doors trying to get some government backing for the organization I co-founded, Shutaf – Inclusion Programs for Kids with Special Needs.

My particular interest in the Ministry of Welfare is the Agaf Hapigur or Retarded Branch in direct translation. When my daughter with Down syndrome reaches the age of 18 she’ll be given a Kartis Mefager or Retard Card. We just can’t wait. Did I say outdated? Then she’ll be entitled to be considered for programs that Shekel runs and are partially funded by the Ministry of Welfare – per person, per disability, inadequately.

Or maybe we’ll apply to Akim. They receive their government funds from the government by LAW. They were here first and were lucky enough to make that little arrangement. They do some great work. But their approach is outdated and they’re not interested in cooperating with other amutot. They don’t have to. They get their funds by LAW, no matter what.

So innovation on the special needs scene here in Israel only happens with money from private donors and foundations. How do you get the government agencies to update? The clerks and their higher ups – they’re worn out. They don’t want to read all those applications, visit all those small programs, think creatively, be professional and consider promoting changes in government policy. They say that’s the parents’ job. After all, parents of children with special needs have lots of energy and spare time.

I want excellence. I want opportunities.
Go to Top