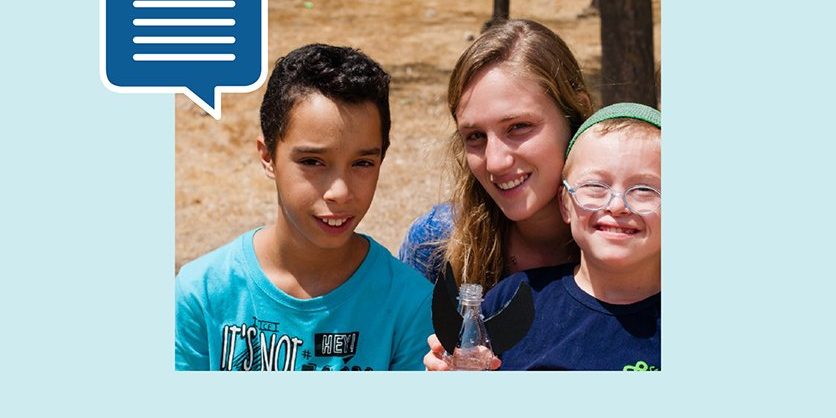 Each time I travel for Shutaf, the inclusion program that I helped found in Jerusalem for children and teens with disabilities, I learn about the face of disability awareness in the North American Jewish community as well as its generosity to programs serving those in need.

I visit communities where people with disabilities are nurtured, encouraged and included in community life. Of the many synagogues, schools and community centers which I visit, almost all are fully handicapped accessible, from their wide-doored bathrooms to their stair-free entranceways. One synagogue near Philadelphia, has an Education Specialist who works in partnership with the Hebrew school’s Educational Director to prepare students with disabilities – some of them not insignificant – for their B’nai Mitzvah, and help facilitate their inclusion into the classroom. This same synagogue has a ramped bimah that allows every member to take part in a Saturday morning service that is signed for members who are hearing-impaired. Amazing, right?

In Jerusalem, synagogues and minyanim meet in bomb shelters, schools and other community spaces that are rarely friendly to people with disabilities – from the seating to the stairs to the “handicapped inaccessible” bathrooms. If it’s an Orthodox community, there’s the added complication of separate seating which can make it difficult for a two-parent family to manage a child’s needs.

Imagine if in Israel rabbis receiving government funding were required to be educated about disability issues as part of their training pastoral training. These leaders could then educate their communities, inspiring them to raise funds and make their synagogues and other communal spaces accessible and inclusive, as well as field Jewish-law-questions that might arise about the needs of people with disabilities in synagogue life, especially on Shabbat and holidays.

While funding for synagogue and community-based initiatives remains an uphill climb in North America, they at least have the implicit buy-in from their local Federations. In Israel, while there is awareness of these issues, and in the case of accessibility there are laws in place, compliance is limited because resources are hard to find. When it comes to programs, overburdened municipalities depend on mostly small nonprofits to do their work and find the necessary funds.

So, nonprofits like mine, unapologetically go on the road in order to fundraise. I understand and empathize with the question “where are the Israeli philanthropists?” From luxurious homes in Jerusalem to palatial beachfront properties along Israel’s coastline, wealth, and some of it on a grand scale, exists in Israel. Israel’s startup nation tells tale after tale of financial success and boasts about the economic miracle that is taking place.

So when I’m asked about Israeli support, I have to admit that private and foundation giving in Israel is limited, that the Jerusalem municipality has funded us only once, and that our government support also remains quite limited. The bulk of our budget? Almost entirely from the US.

Israelis, it’s time to start giving back. To start making a difference in our own backyards.

I met a Chicago-based philanthropist who told me that his town takes an almost mafioso-like approach towards reeling in new donors. A person makes it financially? Mazal tov. Start giving or suffer a drop in your business from the local community. Maybe it’s heavy handed – it is Chicago after all – but they add new donors to their rolls and they mentor them, so that each newcomer can develop a sense of commitment and pride in their giving.

Not such a bad idea for Israel, a small country where everyone knows everything about you, from your salary to the cost of your home and where you served in the army. That small town attitude is perfect for encouraging support of local programs. That guy from your unit? He’s got a kid with a disability and needs your shekels in order to support a program in his community. Help your army compadre, and put your name on the door if you’d like, too. No problem.

Be proud that you can make a difference – that’s a fine message to share with new donors. Spreading the wealth feels good, and creates abundance for so many as well as answers needs and maybe even makes new jobs for locals.

And I believe that giving worldwide to Israel will grow even further if donors see that Israelis are stepping up to the plate and doing the same, giving – at home, in their communities.

This past year’s elections, the battle for making the Kotel accessible to all individuals, the rallies in support of social change – all of these movements have shown Israelis that they can create dialogue, fight for change and demand that government agencies respond to issues of importance to a variety of Israelis. Using wealth is another way to make it clear that the government needs to respond to what the citizens are willing to put their support and yes, their money behind.

By Beth Steinberg
Originally posted on eJewish Philanthropy on May 27, 2013

Inclusion: It Also Means There’s Lots of Ways to Do It

The Retard Card
Go to Top